How to Teach Students Assertiveness to Respond- Not React- to Conflicts How to Teach Students Assertiveness to Respond- Not React- to Conflicts

Most people fall somewhere on a continuum of communication styles. At one end of the continuum, they are passive, while on the other end fall those who are aggressive.

Kids sometimes tend to hang out at one end or the other. Sometimes they are Cold, and hang out on the passive side getting trampled on, and then become Hot and swing to aggressiveness when they’ve had enough.

In the middle is assertiveness, which is where we want our students to be – to just BeCool.

Passive Communication: Students who are passive don’t stand up for themselves. They are Cold and give up when they confront a difficult situation. Some call them doormats, because people walk all over them.

Aggressive Communication: Students who are aggressive don’t control their anger. They use angry words and physical violence to confront difficult issues. They are Hot and blow up.

Assertive Communication: Students who are assertive fall in the middle. They don’t let others walk all over them, nor do they blow up. They’re Cool as addressed in the BeCool series. They stand up for themselves and others.

Why Being Assertive (Cool) is Key

Assertiveness= Strength: Many people tend to see others who are passive as weak, but nice, and those who are aggressive as strong, but mean.

Really though, passivity is not kind to ourselves. And aggressiveness isn’t strength, but lack of control.

True kindness comes those who are assertive, able to be kind to themselves and others. And true strength is assertiveness.

The Consequences of Passive and Aggressive Communication: When children are too passive, their self-esteem suffers. They don’t get their needs met. They may become targets for bullies and struggle to make friends.
Children who are too aggressive often become the bullies. They too have difficulty making friends (after all, who wants to be friends with someone who is mean?) Their self-esteem also suffers as they are often getting in trouble for their behavior.

Self Control: Self-Control is a big component of how passive or aggressive a student is. Being passive is a failure of self-control; students who are passive just give up. Aggressiveness is also a failure of self-control. Students who are aggressive haven’t learned to control their anger and lash out at others. Assertive students can control their emotions, identify their needs, and communicate them clearly and directly, a skill that many adults have yet to master!

How to Teach Assertiveness to Students

The best way to teach students how to manage conflicts with both peers and adults is with the BeCool paradigm. Students learn that the Cold (passive) and Hot (aggressive) confrontation styles lead to negative consequences. This VideoModeling curriculum contrasts these negative consequences with the positive results of being Cool (assertive).
Here are some further tips to teach assertiveness to your students.

• Teachers Lead the Way: In fact, passive and aggressive communication styles are prevalent not only among children but also among adults. As with everything else, children learn what they see modeled for them, so the first step in building assertiveness in children is modeling it for them. According to Kristin Stuart Valdes of Edutopia, teaching assertiveness starts with teaching basic communication skills and showing students how it’s done.
Teachers can’t model assertiveness for their students if they aren’t assertive themselves. Those that are too passive have a hard time handling issues that arise with parents or administration and have difficulty managing a classroom. Teachers with aggressive communication styles are often seen as ‘mean’ and have difficulty building relationships with students, parents, and colleagues because they are intimidating. When teachers adopt an assertive communication style they set an example for their students. If you are too passive or too aggressive as a teacher, recognize this as a growth area for. You can use the BeCool paradigm for yourself, not just your students!

• The Power of ‘NO!’: Saying no is a life skill. Most 2 yr olds have no problem saying no, but passive kids have learned to say yes. Roleplay, read stories and give students opportunities to practice saying no in safe situations.

• Boundaries: What are boundaries? Boundaries are like a fence with a gate. They keep out what we don’t want, but let in what we do want. Teach kids to listen to their gut feelings and to make decisions based on what is best for them, not people pleasing. Teach kids to set healthy limits with those around them. Use the proven effective by Harvard Circles Curriculum to teach students the abstract rules of social boundaries – in a concrete way.

• Self-Care: We hear about self-care a lot for parents and teachers, but it is something kids need to know about too. They need to learn to listen to their bodies. To sleep when they are tired, eat something healthy when they are hungry, and calm down when they are upset. Teach kids that they must fill their own cup and then they can help to fill others’.

• I-Messages and Identifying Feelings: Check out our post here on SEL and how to incorporate it into the classroom. Students need to learn to identify their feelings. Sometimes students struggle to identify any emotion other than anger, especially if they have an aggressive communication style. Help them learn to recognize their emotions and use ‘I feel’ messages to communicate their feelings.

• Take Time: When we’re angry, our first reaction is often not our best. Teach students to take time to think about how they want to respond (respond, not react) to a difficult situation. They don’t have to solve a problem right away. Impulsiveness is often what gets kids in trouble. They either instinctively withdraw and give in, or lash out. Teach them to take a moment to ‘cool down’ and think through their problem and how they want to handle it. 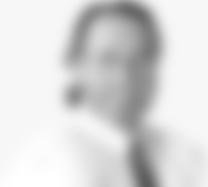